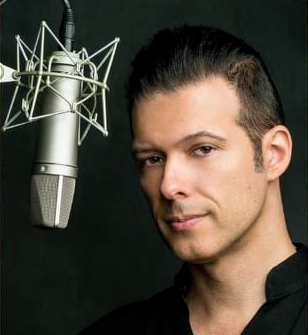 Bio: Marcio Catalano is a L.A based SAG-AFTRA Film/TV actor, voice actor and writer with more than 25 years of experience.

A Voice Arts Award Nominee, he’s narrated over 65 audiobooks on Audible and over 400 titles overseas.

As a writer, he was mentored by Brian McDonald, story consultant for Disney, Pixar and ILM. He's the writer and creator of the Boy from Atlantis graphic novel, with illustrator Eddie Smith (of HALO fame). Additionally, he has produced, written, and directed projects in China.