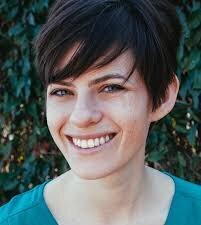 After graduating from the National Theatre Institute (NTI) at the Eugene O'Neill Theatre Center and completing a bachelors' in theatre performance at Rice University, Caroline then spent two years in Ukraine serving as a Peace Corps volunteer. Certified as a TEFL teacher, she taught English at a village school, empowered young women to educate others on tough issues like HIV/AIDS and human trafficking, organized and taught creative summer camps all across the country, and served as president for a nationwide environmental organization. She also has a masters degree in Theatre Education, directs youth theatre in her spare time, co-works at a magical space — Arts Mission Oak Cliff, and collaborates with artist and entrepreneurs all over the world.