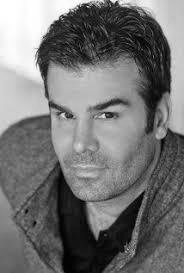 Robert Burton is a producer and actor, best known for his wide variety of dialects, accents, and voice mimicry. "Robert Coltrane" is his preferred stage name when he narrates audio-books. He divides his time between Los Angeles, CA and Seattle, WA.

In 2019, Robert was the lead producer for the feature film "Blood Pageant", starring Snoop Dogg, Stephen Baldwin, David Chokachi, Beverley Mitchell, and Ted Lange. The film is in post-production and should premiere sometime in 2020. Robert has also co-starred on TV shows like "No Ordinary Family", "Murder Book," and Case Closed with AJ Benza" as well as movies like "Little Blue Pill," "The Details," and "Blood Pageant." In 2012, he won the "Most Hilarious VO" award from the LA Comedy Awards for his lead role as the misguided super hero for the TV series "Rat-Man".

Robert served in The Marine Corps for 4 years and in the Army at 3/75 & 2/75 Ranger Battalions for another 4 years. His “take-charge” and “cool under pressure” attitude, extensive knowledge of technology, limitless energy & passion make him indispensable as a producer or talent for most any project.

SOME SAMPLES FROM ROBERT'S WORK:

Narrating as Robert Burton, the Mob Underworld comes alive with true Italian authenticity and gritty realism. Told from the perspective of the two star crossed lovers at the middle of this "Mafia Coming of Age" story, the phrase that sums it up best is: "Just like Goodfellas... but in High School!" Mobster's Girl is the first book in the Mobster's Series by Amy Rachiele.

With a healthy mix of bravado mixed in with lover, demon, killer, and devoted husband, Robert Coltrane brings Josh and all the other male characters in the whirlwind cycle ride to life. In bringing that overall rough and edgy feel to the story, Robert nails some surprisingly tender and unexpected moments as well. If you liked "Sons of Anarchy"... you will love this!

In this rapid and robust read, Home Inspection expert Wally Conway, “The Happy Home Inspector” reveals home inspection secrets to remove the mystery, fear and frustration from the home inspections. With reads that are classic classroom professor and industry salesman, Robert Coltrane brings the goods yet again and makes you sincerely believe that you too can become your own subject matter expert in a matter of weeks. Guess what? You can :)